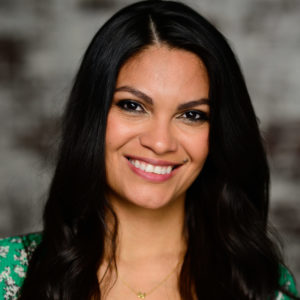 If you’re a business owner, you’ve probably heard the term “influencer marketing.” But what is it, exactly? Influencer marketing is a form of marketing in which businesses work with influential people to promote their products or services. Rather than targeting the general public, businesses partner with individuals who have a large social media following or command a lot of respect in their field. This type of marketing can be extremely effective, as these influencers have the ability to reach a large number of people with their message. If you’re interested in using influencer marketing to promote your business, read on for tips on how to get started.

YouTube influencers are a new breed of online celebrities. By harnessing the power of social media, they have amassed huge followings of devoted fans. And brands are starting to take notice. YouTube influencer marketing is a relatively new phenomenon, but it’s rapidly gaining popularity.

As YouTube continues to grow in popularity, Influencer marketing is likely to become an increasingly important part of the marketing mix. So, if you’re looking to get ahead of the curve, it’s time to start thinking about how you can use YouTube influencers to promote your brand. A YouTube influencer is somebody who has built up a following on the video sharing platform, to the point where their opinion carries significant weight. YouTubers can become influencers by producing high-quality content on a regular basis, forming personal relationships with their viewers, and collaborating with other popular YouTubers.

Once an influencer has established themselves, they will often start to work with brands, promoting products or services in return for payment. Some of the most popular YouTubers in the world have millions of subscribers and can command huge fees for sponsored content. While becoming an influencer takes a lot of hard work, it can be a very lucrative career. There is no one single answer to the question of how best to start a successful YouTube campaign. However, there are some key things that you can do to give your campaign the best chance for success. Here are four tips on how to start successful YouTube influencer campaigns:

The first step to starting a successful YouTube influencer marketing campaign is to identify the right influencers to work with. There are a number of factors to consider when choosing influencers, such as their audience size and engagement rate, as well as their ability to generate quality content that will resonate with your target audience.

Once you’ve identified the right influencers to work with, building strong relationships with them is important. This can be done by engaging with their content, commenting on their videos, and sending them personal messages. When you have a good relationship with an influencer, they’ll be more likely to promote your brand and products to their followers.

Another great way to start a successful YouTube influencer marketing campaign is to collaborate with influencers on videos and other content. This can help to increase the reach of your campaign, as well as provide valuable content for your target audience.

Finally, once you’ve created your YouTube influencer campaign, it’s important to promote it to ensure that it reaches your target audience. There are a number of ways to promote your campaigns, such as using social media, email marketing, and paid advertising. By promoting your campaign, you can increase its reach and ensure that more people are aware of your brand and products.

There are a number of benefits to working with YouTube influencers as part of your marketing strategy. Here are just a few of them:

By partnering with an influencer who already has a large and engaged following on YouTube, you can instantly tap into their audience and significantly increase the reach of your marketing campaigns.

Influencers are trusted sources of information for their followers. By aligning your brand with an influencer, you can tap into that trust and credibility and use it to build stronger relationships with your target consumers.

A well-executed YouTube influencer marketing campaign can drive significant traffic to your website or online store. This, in turn, can lead to more sales and conversions for your business.

Working with an influencer can help increase your brand’s visibility on YouTube and other social media platforms. This can lead to greater awareness of your products or services, which can ultimately drive more sales.

YouTube influencer marketing can be a cost-effective way to reach your target consumers. It can be more affordable in many cases than traditional advertising methods, such as TV or print ads.

If you’re looking for a way to take your marketing efforts to the next level, consider working with a YouTube influencer. With their help, you can reach a wider audience, build trust and credibility, drive traffic and conversions, and boost your brand’s visibility. Ultimately, this can lead to more sales and success for your business.

There is no doubt that YouTube has taken the world by storm. It is now the second most popular website in the world, only behind Google. And with over a billion users, it is also the most popular social media platform.

This popularity has led to a new breed of social media influencers, who have built up large followings by creating engaging and entertaining videos. These influencers have become celebrities in their own right, with some even becoming household names.

If you’re looking for some of the top YouTube creators from around the world, then look no further. Here are 10 of the most popular and influential YouTubers, based on their number of subscribers. PewDiePie is the most popular YouTuber in the world and has 101 million subscribers on his youtube channel. He is a Swedish gamer and comedian, who rose to fame by posting videos of himself playing video games. Jenna Marbles is an American comedian and YouTube personality. She is best known for her funny and relatable videos, which have earned her 20 million subscribers. Shane Dawson is an American comedian, actor, and director. He started out on YouTube making a sketch comedy youtube video but has since diversified his content, giving him 20 million subscribers. Smosh is a comedy duo consisting of Ian Hecox and Anthony Padilla. They are best known for their hilarious sketch comedy youtube videos, which have earned them 21 million YouTube subscribers.

TheFineBros are an American comedy duo who produce sketch comedy and challenge videos. They are best known for their “React” series, where they film people’s reactions to various things. This has earned them 24 million YouTube subscribers. NigaHiga is a Japanese-American comedian and YouTube personality. He is best known for his funny videos and songs, which have earned him 24 million YouTube subscribers. Miranda Sings is a character created by American comedian Colleen Ballinger. She is an incompetent singer who posts videos of herself singing badly on YouTube. Her videos have earned her 7 million YouTube subscribers. Joey Graceffa is an American YouTuber, actor, and singer. He is best known for his vlogs, challenges, and gaming videos. His videos have earned him 9 million YouTube subscribers. Theodd1sout is an American cartoonist and YouTuber. He is best known for his humorous animated videos, which have earned him 10 million YouTube subscribers. Jacksepticeye is an Irish YouTuber and video game commentator. He is best known for his high-energy videos, in which he comments on various video games. His videos have earned him 20 million YouTube subscribers. Vlogs, or video logs, are videos where the YouTubers record themselves talking to the camera about their day or some sort of topic. Vlogs can be serious or lighthearted, and they’re often used as a way for people to connect with their fans on a more personal level.

As the name suggests, how-to videos are videos that teach viewers how to do something. These videos can be about anything from cooking and gardening to car repairs and makeup tutorials.

Product review videos are becoming increasingly popular on YouTube, as they offer an honest, unbiased opinion about a product before people make a purchase. These videos can be helpful for people who are trying to make a decision about what to buy.

Life hack videos are all about making life easier. They offer tips and tricks, from getting out of a parking ticket to making your own laundry detergent.

Comedy videos are some of the most popular types of videos on YouTube. People love to laugh, and there’s no shortage of funny videos to be found on the site.

Educational videos are becoming more popular as people realize that YouTube is a great resource for learning. These videos can cover anything from history to science to math, and they’re often presented in an engaging and entertaining way.

News videos are a great way to stay up-to-date on current events. Many news organizations now have their own YouTube channels, and there are also several independent news channels that provide coverage of breaking news stories.

Music videos are still one of the most popular types of videos on YouTube. People love to watch their favorite musicians perform, and there’s no shortage of music videos to choose from.

Tutorial videos are becoming more and more popular as people realize that YouTube is a great resource for learning. These videos can cover anything from using a new piece of software to fixing a broken appliance.

As you can see, many different ways to use influencers in your marketing strategy exist. If you’re unsure where to start or want help finding the right influencers for your brand, our team of experts at TopRank Marketing can assist you. We have extensive experience working with both brands and influencers to create successful partnerships that reach new audiences and drive results. Contact us today to learn more about how we can help you take your YouTube marketing efforts to the next level.

With over 500 million active users, it’s no surprise that TikTok has quickly become one of the most popular social

Influencer Marketing Vs. Affiliate Marketing: Which One is Best for Your Business

Both influencer marketing and affiliate marketing are ways to promote a product or service, but there are key differences between

As a startup, you may be wondering how you can get your product or service in front of more people.

Employee Brand Advocacy: Your Employees Are Your Best Advocates

When you think of employee brand advocacy, what comes to your mind? A company’s marketing department working hard to get

If you’re not already familiar with TikTok, it’s a social media app that primarily consists of short videos. It’s been