10 of the Most Successful Influencer Marketing Campaigns: And How They Did It So, if you’re looking to launch a successful influencer marketing campaign, what are the best practices you should follow? We’d suggest you to learn from success stories.

This blog post will discuss some of the most successful influencer marketing campaigns and their success.

Keep reading for tips and advice to help you create a successful Influencer Marketing Campaign that reaches your desired results!

Let’s get right into some of the most successful influencer marketing campaigns over the past few years. One of the best influencer marketing examples, Corona: Choose Glass, takes a step out from traditional advertising through Instagram influencers and builds new standards for influencer partnerships.

In the early days of the pandemic, one message was clear: sanitation and personal hygiene were paramount in slowing the spread of COVID-19.

And what better way to practice good hygiene than using products specifically designed for it? Enter Corona, a beer company that saw an opportunity to pivot its messaging and product focus to meet consumers’ needs during a crisis.

To drive awareness of Corona’s new line of sustainable glass bottles and position the brand as a responsible choice for consumers.

Corona tapped into micro-influencers with large followings in the sustainable living space.

The brand also chose to work with “real people” instead of traditional celebrities, as they felt this would be more relatable for their target audience. Undoubtedly, it is a critical aspect of social media marketing.

The campaign was a success, with over 1,000 pieces of content created and a reach of over 6.5 million people. Corona also saw a significant increase in social mentions and website traffic. 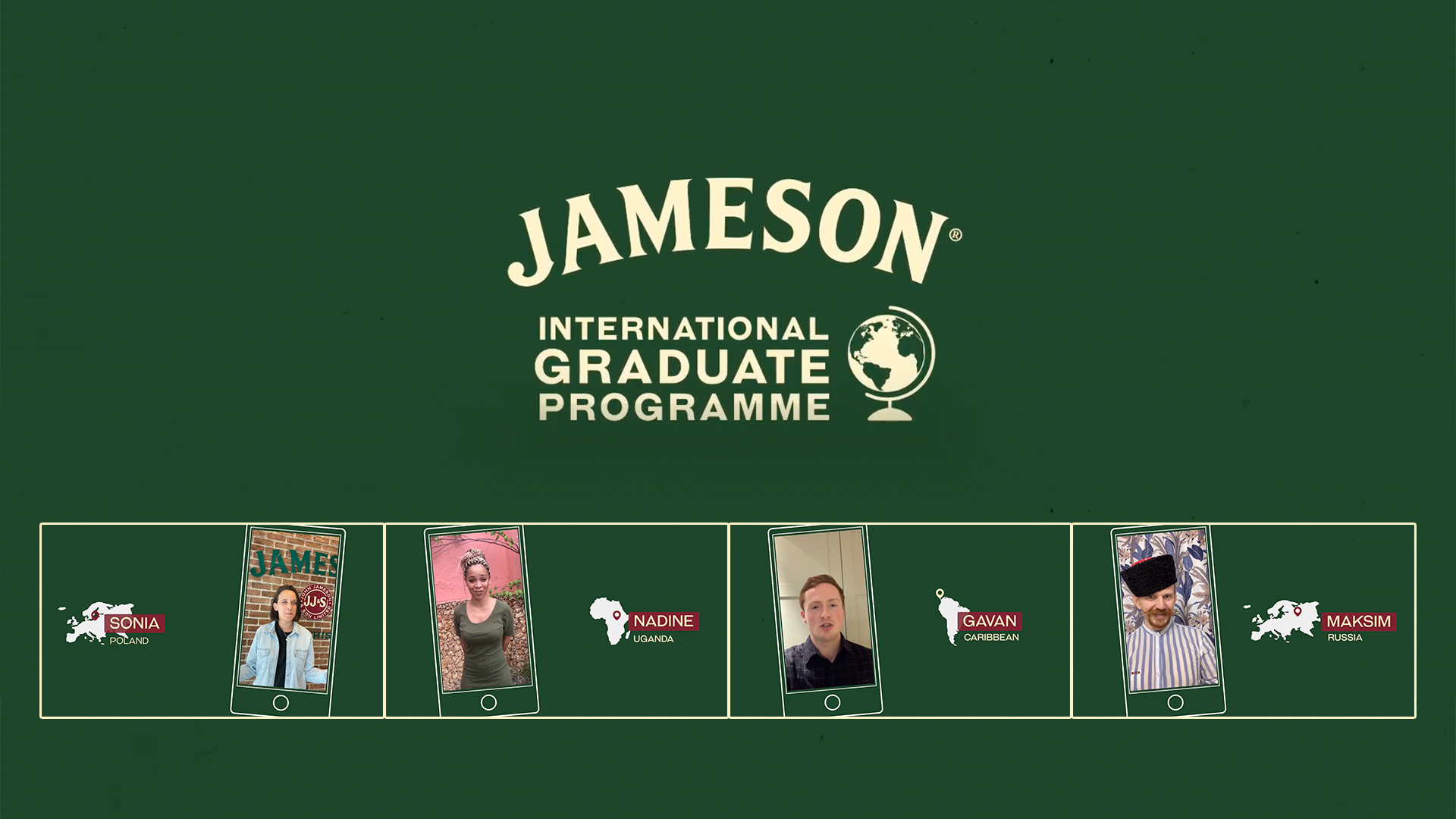 The popular Irish whisky brand Jameson has a global network of Brand Ambassadors. The brand has partnered with over 300 young influencers to boost brand visibility and increase sales in different corners of the world.

The objective of this campaign was to create a global network of brand ambassadors who would promote Jameson through word-of-mouth and social media.

The ambassadors were chosen from a pool of over 4,000 applicants and given the task of throwing Jameson-themed parties and events, sharing photos and videos on social media, and promoting the brand to their peers.

The campaign was a success, with Jameson’s sales increasing by 6% in the first year. The brand also saw an increase in social media engagement, with its posts receiving more likes, comments, and shares.

Knauf Insulation: Masterclass with ‘The Cousins’ 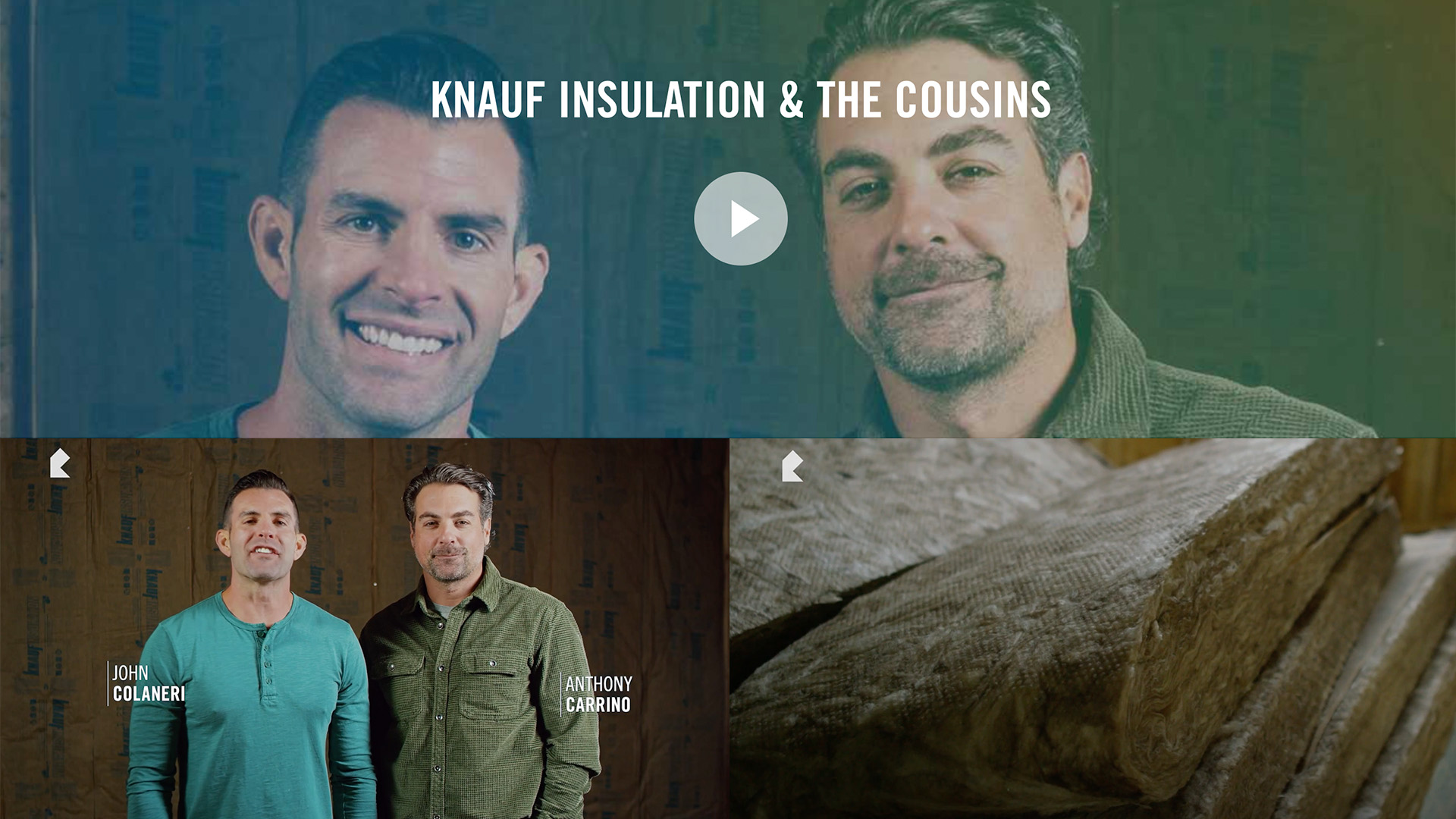 In this fun and informative video, home improvement experts Mike and Rich from Knauf Insulation take viewers on a journey to show them how easy it is to make small changes that can result in big energy savings.

The ‘Cousins’ guide homeowners through a step-by-step process on how they can improve their homes.

Knauf Insulation partnered with the popular YouTube duo ‘The Cousins’ and social media influencers for this campaign.

The video received over 1.3 million views, and the campaign generated a reach of 4.5 million people.

There was also a significant increase in website traffic, with Knauf Insulation seeing a 500% increase in visitors to their website during the campaign period. The company partnered with 12 influencers in the food and lifestyle space, creating original content featuring the new product.

The campaign’s main objective was to raise awareness of the new product and get people talking about it.

Dunkin uses influencers to create original, relatable, and engaging content. The company also monitors all of the content created by its influencers to make sure it aligns with its brand voice and values.

The campaign successfully generated a lot of excitement and buzz around the new product. The right marketing efforts also helped Dunkin’ reach a wider audience and connect with potential customers personally. In early 2016, Microsoft enlisted the help of YouTube influencers to get the word out about its latest products.

The tech giant gave creators free rein to use their imaginations and produce videos about what they thought was “next.”

To get people excited about Microsoft’s latest products and encourage them to think about what’s next in technology.

Microsoft asked YouTube influencers to imagine and create videos about what’s next in technology.

The company also held events for creators to get hands-on experience with the products.

The campaign resulted in more than 100 videos with 56 million views. In addition, the company saw a 4 percent lift in ad recall and a 2 percent lift in brand favorability.

When AMD launched its RYZEN line of processors in early 2017, it needed a way to cut through the noise and reach potential customers. So, they turned to influencer marketing.

To increase awareness of the RYZEN brand and generate sales of the new processors.

AMD gave the influencers free RYZEN processors to test and review. They asked for honest feedback and promotion of the product across social media and YouTube.

They also sent customized “I ❤️ AMD” t-shirts to some of the most popular influencers, which helped generate even more excitement and buzz.

The campaign was a huge success, with AMD seeing a significant increase in brand awareness and sales. It was so successful that other companies have since copied AMD’s approach.

Pepsi: Say It with Pepsi The best videos were then broadcast on TV. This was one of the first examples of a major brand using user-generated content in a marketing campaign.

The campaign’s objective was to connect with young people and get them talking about Pepsi.

Pepsi didn’t use any specific influencers in this campaign. Instead, they invited their fans to submit videos and then used the best ones in their advertising.

The campaign was a great success, with over 1.5 million people submitting videos. It generated a lot of positive media coverage and helped Pepsi connect with its consumers more personally. Also, it proved that using user-generated content for marketing is very effective. The campaign was designed to promote the brand’s new collection and encourage customers to shop the collection.

The campaign’s primary objectives were to generate awareness and sales for the new collection.

The campaign was successful in generating awareness and sales for the new collection. The company reported that the collection sold out within hours of launching. In order to promote their new line of hotels, Hilton created an influencer marketing campaign centered around the theme of urban wonders.

To increase awareness of Hilton’s new line of hotels and to encourage people to travel to urban areas.

Hilton partnered with seven travel bloggers who had a significant following on social media. These bloggers were chosen because they were considered experts in urban travel.

The Hilton influencer marketing campaign was a success, with all seven bloggers writing positive reviews of the hotels they stayed in.

The campaign generated a lot of interest and helped to increase awareness of Hilton’s new line of hotels. In 2016, Puma ran a social media campaign called “Do You” to increase its brand awareness and appeal to younger consumers.

To increase brand awareness and appeal to younger consumers.

The campaign was a success, with Puma’s sales increasing by 10% in the quarter after the campaign launched.

These ten Influencer Marketing Case Studies provide an effective campaign strategy within the marketing tactic to help you reach a diverse audience.

There are many different ways to skin a cat when it comes to influencer campaigns. However, not all approaches are created equal.

If you want your next influencer campaign to be successful, take note of the following case studies of past successes.

Make the campaign fun and trendy

When you’re planning your influencer marketing campaign, make sure that the concept is something that would be fun and interesting for your target audience.

After all, influencers will only be effective if their followers are actually engaged with the content.

It’s no secret that people are more likely to watch a video than read a blog post. If you want your content to be seen and shared, make sure that it’s in a format that is easy to consume. Most successful influencer marketing campaigns involved lots of videos and images to engage the audience.

While it’s important to make sure that your influencers are relevant to your target audience, you might be surprised to learn that young influencers are actually more effective. This is because they have a smaller, but more engaged, following.

Influencers can make or break your campaign, so you need to be sure that they’re actually engaged with your brand.

The last thing you want is for an influencer to post about your product and then never mention it again.

Before launching your campaign, take some time to build relationships with your influencers. Get to know them and their audience, and make sure they’re genuinely interested in what you offer.

When you’re planning your influencer marketing campaign, make sure that it has a ‘noble’ angle to it. In other words, the content should be something that would make people feel good about sharing it.

Not every campaign needs celebrity influencers

While it might be tempting to try to get a celebrity influencer on board, you should know that this isn’t always necessary, as many successful influencer marketing campaigns did great without big names.

In fact, sometimes it can even backfire. If you want your campaign to be successful, focus on finding the right influencers for your target audience, regardless of their fame.

If you want your influencer marketing campaign to be successful, make sure that it’s region-specific. In other words, don’t try to appeal to everyone in the world. Instead, focus on a specific region or demographic.

Remember, it’s not all about the numbers While it’s important to find influencers with a large following, you should know that this isn’t the be-all and end-all of a successful campaign. In fact, sometimes it’s better to focus on quality over quantity.

Emotional drives can do wonders

If you want your content to be seen and shared, make sure that it appeals to people’s emotions. After all, we are more likely to share something if it makes us feel something.

Influencer marketing can be a powerful way to reach new customers and increase sales, but only when correctly. Have you heard about different Influencer Marketing Campaign Metrics? These campaign objectives are essential to reach the right audience.

What’s more? By partnering with the right influencers and using the right tactics, you can create a successful campaign that drives results.

If you’re looking to launch a successful influencer marketing campaign, take a page from the playbook of these brands.

Knowing what works and doesn’t is essential to creating an effective influencer marketing strategy that reaches your target audience.